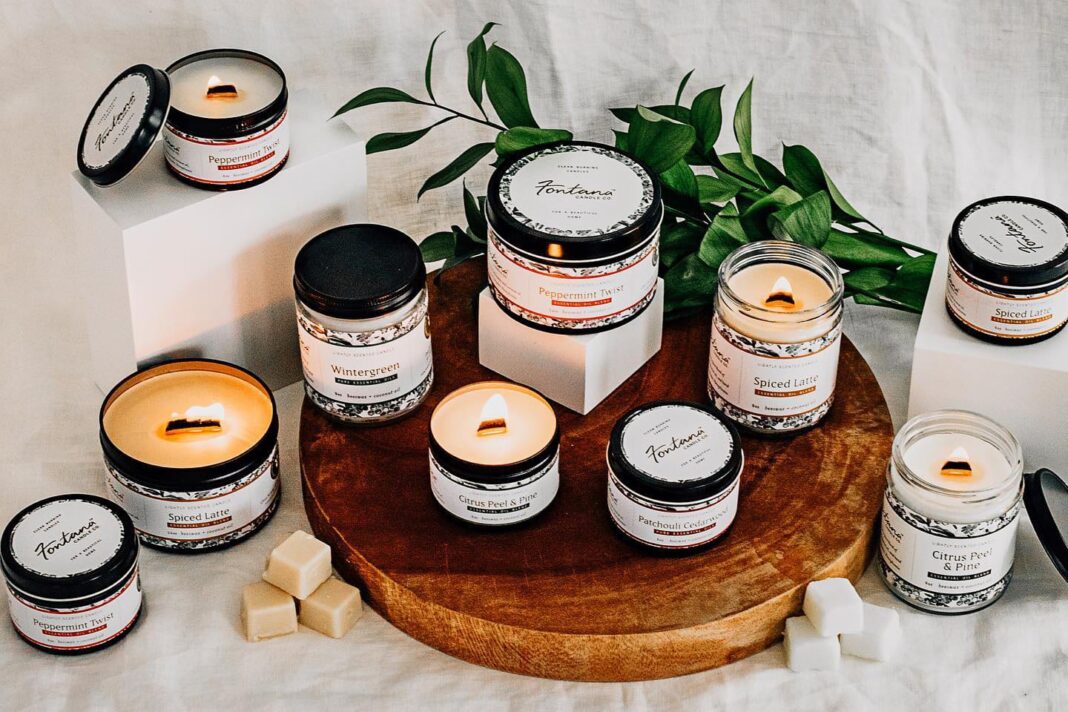 Lighting candles on a cold, dark evening immediately creates a cosier home environment. But what if your winter traditions were warming more than just your home? Paige Pichler investigates how to find sustainable candles that are non-toxic to both your home and the planet.

Finding the perfect scent for your home, especially after spending lots of time in it, has seemingly come down to an art form. Many of us have different candles for the various seasons and even enjoy pairing them with the perfect décor. Yet while cosy and inviting, traditional candles may unfortunately be releasing chemicals into the air as they burn – causing potential harm to both you and the planet.

Most candles are made with paraffin wax, which is derived from petroleum. A crude oil used in many different types of fuels, petroleum in its refined state is an active ingredient in gasoline, kerosene and diesel oil. Using fossil fuels to create candles contributes to the already high levels of CO2 in our atmosphere. So, if you’ve kept your carbon footprint relatively low in other areas of your life, a chemically-potent culprit could be sitting on your coffee table.

Even when you light your candle in a well-ventilated area, you’re likely inhaling some of these fumes. Katie Roering of Fontana Candle Company explains that, “Petroleum-derived wax is suspected to release chemicals such as toluene and benzene into the air when burned,” she says. And while the results may smell incredible, your body may be having a different reaction – particularly in your lungs. “Paraffin wax is a petroleum waste product that has to be deodorized and chemically bleached before it can be made into wax. Some studies have shown that toxins released from paraffin candles are the same as those found in diesel fuel fumes, which are linked to asthma and lung cancer,” adds Danielle O’Connor, founder of Shanti Creations.

There remains relatively little science showing whether the amount of particles given off by candles is enough to cause adverse health affects. However, some of the most advanced research comes from a country that would know a thing or two about it, being the home of hygge. The Danish Environmental Protection Agency released a lengthy study on candles in 2017, measuring the particles emitted from both stearin and paraffin versions. Meanwhile, Peter Møller, a professor from the Institute of Public Health Science at the University of Copenhagen who co-authored a study on the effects of exposure to them, suggests that “it looks like candle particles are at least as bad, and perhaps even worse, than diesel particles.” With this in mind, it’s no surprise that UK’s then Secretary of State for Environment Michael Gove urged candle manufacturers to reduce the emissions from their products and include warnings on the labels as part of the government’s Clean Air Strategy.

On top of releasing chemicals into the air and increasing fossil fuel dependency, candle fragrance also poses a problem. As the debate rages on about what constitutes a natural, sustainable scent, candles represent a vital part of the battleground. It’s important to look for natural fragrance candles that are made with sustainably-sourced essential oils.

“The components that go into giving a candle a unique smell are considered a trade secret, so manufacturers don’t have to list any of the ingredients used in their fragrance,” Roering explains. “Instead, ‘fragrance’ is simply listed as one ingredient, while in actuality, according to the American Academy of Dermatology (AAD), many fragrances can contain as many as 5,000 ingredients!”