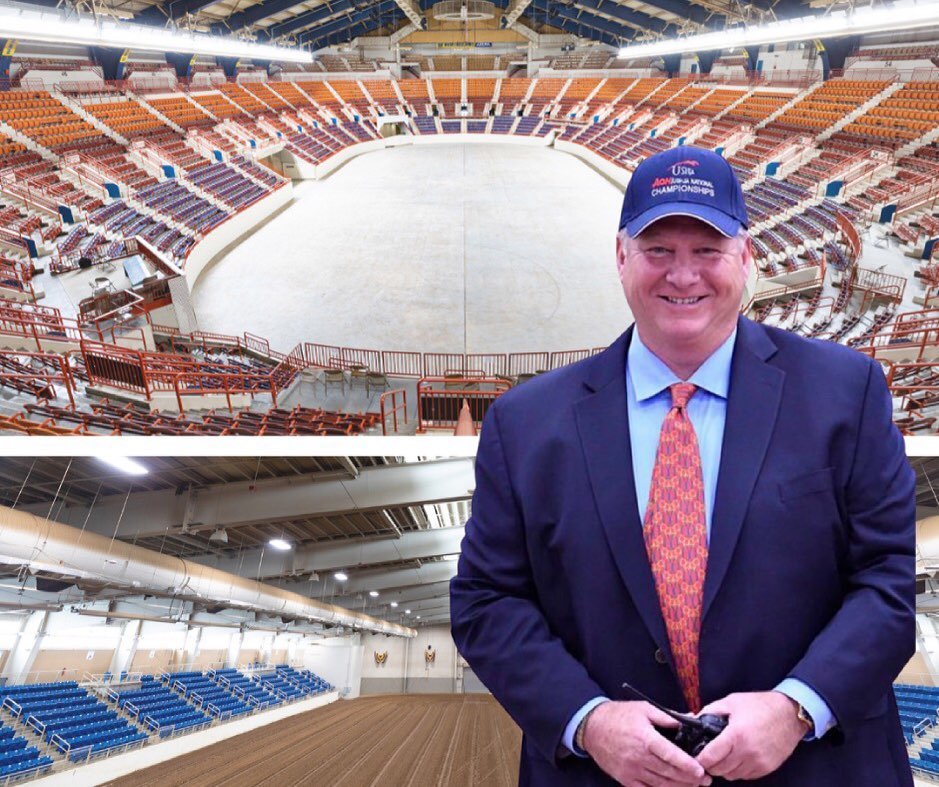 Boyle was tapped for the role early this year following the retirement of Peter Doubleday, who worked tirelessly as the PNHS competition manager for 45 years. Now, Boyle looks to maintain the rich history and foundation of the US Equestrian Heritage Competition that Doubleday also upheld, while incorporating new changes aimed at enhancing the exhibitor experience.

“We’re losing a lot of the older, Heritage horse shows,” said Boyle, who is highly regarded as one of the top show managers in the country. “I think the most important part for me coming into this role is the belief that it’s one of those horse shows that we can’t let go away. I showed there as a kid; my daughter had success there. We want to keep this horse show and its tradition going forward into the next century for the riders that we have coming up.”

Boyle and his Showplace Productions produce competitions year-round at Ledges Sporting Horses in Illinois, as well as top events throughout the country. Boyle has most recently been lauded for his success as the competition manager for the United States Hunter Jumper Association (USHJA)’s year-end championships in Las Vegas, NV, and this winter, Boyle served as a technical coordinator for the Desert Circuit at the Desert International Horse Park.

In addition, Boyle is a United States Equestrian Federation (USEF) “R” judge, a course designer and a trainer, and now, he is bringing his expertise to Harrisburg, PA.

“The [PNHS team] said they wanted to try something new, so that’s what we’re doing,” said Boyle. “It’s an exciting challenge, and I think our new changes will offer more options for people to get to experience Harrisburg in a really positive way.”

Among the “something new” is the use of two competition rings for the first time at the 2021 horse show. Historically held in one competition ring, the new two-ring format will allow for an enhanced schedule and additional opportunities for all competitors.

Included among the new additions – to be announced in full later this spring – are new age-group equitation classes. By adding these classes, equitation competitors will have a chance to do another judged equitation course prior to the Dover Saddlery/USEF Hunter Seat Medal Final and in addition to the usual allotted warm-up round.

“We’ve taken into consideration the kids who come for the Medal, and the horse puts on the brakes at the first fence,” said Susie Shirk, PNHS Foundation Executive Director. “What can we do to have these kids have a better experience? The answer was a chance to compete and practice more, as well as getting into the ring before riding in the Medal.”

“I really couldn’t be more excited about these new changes, and I’m thrilled to have Pat as part of our team,” continued Shirk. “Particularly as we celebrate this monumental 75th year, we’re looking to honor and continue the tradition of the past 75 years while looking ahead to the next 75 years.”

To learn more about the 75th-anniversary edition of the Pennsylvania National Horse Show, visit www.panational.org. For sponsorship opportunities, including sponsorships of the new divisions, click here for more information or contact Susie Shirk at susie@panational.org. For media partnership inquiries, please contact Emily at emily@randolph-pr.com.

Based in Camp Hill, PA, RandolphPR is a boutique public relations firm helping brands and individuals craft and disseminate meaningful narratives and campaigns that drive growth and gain consumer attention.